MultiPSK with its newest version is by far one of the best digital mode pieces of software ever written. Check it out !! 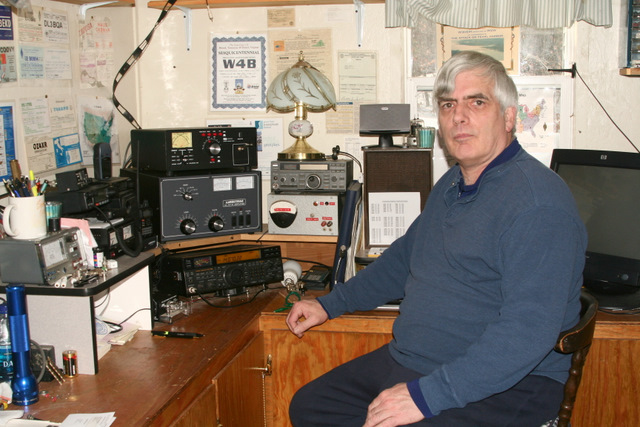 Amateur Radio Operator, N2CUA . I have been a Ham Radio Operator since 1972 when I was first licensed as a NOVICE class operator , callsign, WN2KCG. My exam was given by Richard Stewart, W2DRB. I have a B&W picture of my station when I held that class license when I was 17 years of age. ( Was my hair really that long? ) I then went on to take my General Class exam at the FCC exam location in Dallas, Texas while serving in the USAF at Tinker AFB, Oklahoma. My call then became WB2KCG. I cant remember at this point when and where I passed my Advanced class test, but will update the info here as soon as I figure that out. Then while living in the beautiful state of Vermont, Oct 07, 1989, I received my Extra Class License and my currently held call of N2CUA.

In April 2008, Michael Mancuso, KI4NGN, of Raleigh, North Carolina, filed a petition with the FCC, seeking to increase the size of the question pools that make up the Amateur Radio licensing exams.
Mancuso sought to increase the question pool from 10 times the number of questions on an exam to 50 times more questions. On March 19, 2009, the Commission notified Mancuso that it was denying his petition.

In his 2008 petition, Mancuso claimed that the current question pool is too easy to memorize and "that there has been a significant increase in the number of Amateur Radio operators receiving their licenses over at least the last decade or more who do not appear to possess the knowledge indicated by the class of license that they have received. Most discussion about this topic, both on the air and on Internet forums, generally refers to these widespread observations as the 'dumbing down' of Amateur Radio. It has been widely assumed that the cause of this observed situation is based upon the subject material addressed by the license examinations, that the material requirements specified for the examinations does [sic] not meet some minimum level of knowledge expected by some or many in the Amateur Radio community."

The FCC pointed out to Mancuso that each applicant for a new or upgraded Amateur Radio operator license "is required to pass a written examination in order to prove that he or she possesses the operational and technical qualifications required to perform properly the duties of an amateur service operator licensee, i.e., that he or she is qualified to be an amateur service licensee."

The Commission summed up Mancuso's petition, saying, "You argue that the current question pool size is no longer adequate, because online practice examinations enable examinees to memorize a question pool without fully comprehending the subject matter being tested.
Consequently, you propose to increase the size of the question pools, in order to hinder memorization."

The Commission concluded that Mancuso did not present grounds for the Commission to amend its rules: "As noted above, the purpose of the examinations is not to demonstrate an applicant's comprehension of certain material, but rather to determine whether he or she can properly operate an amateur station. Moreover, your contention that there has been 'a significant increase in the number of Amateur Radio operators...who do not appear to possess the knowledge indicated by their class of license' is not supported by any data or facts."

The FCC pointed out to Mancuso that the Commission's Rules only dictate the minimum number of questions for each question pool for the three Amateur Radio license classes. This, the Commission told Mancuso, "does not prevent the National Conference of Volunteer Examiner Coordinators (NCVEC) from increasing the number of questions in a question pool should it decide that this is appropriate. We conclude, therefore, that the petition presents no evidence of an existing problem or other reason for a rule change."
NNNN
/EX

Using one of the popular propagation programs to predict a path from California to Australia using an average sunspot number of 12, on 15 meters on January 20, there was a good chance of an opening from 2130-0100 UTC, with an excellent chance within that period, at 2330-0030 UTC. On March 20, using the same numbers, the chances of propagation look excellent from 2200-0230 UTC -- the band perhaps opening at 2130 UTC and shutting down at 0330 UTC. This gives us an illustration of propagation changing with the season.

Geomagnetic activity has been very quiet for a long time now, and this is expected to continue. NOAA and the US Air Force predict a planetary A index of 5 over the next two weeks, with minor exceptions. On March 3, the A index may rise to 8. Geophysical Institute Prague predicts quiet conditions February 28-March 2, quiet to unsettled March 3-4 then back to quiet on March 5. The predicted quiet conditions should be good for the CQ 160-Meter DX Contest this weekend.

Steve Friis, WM5Z of Las Cruces, New Mexico, reminded us of a nifty Firefox Web browser extension that fetches solar indices automatically and displays them in the lower-right information bar. It is called Propfire , and Steve notes that you can install it in Firefox by clicking on "Tools" at the top, then "Add-ons."